The church’s spiritual welfare is overseen by our Elders:

I was born and brought up in Llandudno, North Wales. After school I went to Aberystwyth to study at the university there, and being naturally shy, I joined the Christian Union so I didn’t have to go clubbing. Although I attended chapel throughout my childhood, I was not a Christian and I felt uncomfortable when I thought of my own sin and rebellion towards God. Nevertheless in God’s mercy, after experiencing conviction of sin, Christ drew me to Himself and I accepted Him as my Lord and Saviour, experiencing the assurance of sins forgiven.

After finishing my degree, I became a geography teacher in the Rhymney Valley. It was at that time, while I was teaching that I increasingly felt called to the ministry. So I left teaching and trained at the London Theological Seminary. I accepted a call to be the pastor of a church in Caergwle, North Wales, where I was for 5 years. Then I was called to be the minster here in the Heath Evangelical Church, where I started work in January 2005. 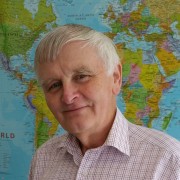 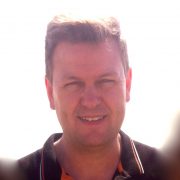 Alistair began attending Heath Church in 1970 as a boy with his family when they moved to Cardiff. His wife-to-be, Sue, and her family also started attending the church later in the 1970’s. Alistair and Sue married in 1988 and have twin daughters. Alistair was elected as a Deacon in 1998 and was elected as an Elder in 2004. He served as Church Secretary from 2005 to 2013.  Alistair works as a Senior Educational Psychologist.  As an Elder, Alistair provides support and pastoral care as time permits and he is the Elder with responsibility for Safeguarding. Read his testimony here 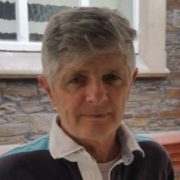 I was born in the neighbourhood around the church and was sent to the Sunday School there, although my parents were not members. I was converted in my teens through the youth works in 1960 and became a church member in 1965. Since then I was appointed as an Elder in 1986 have been working for the church, mainly in pastoral visiting since 1995. I lead Bible study groups during the week and until recently I have been involved in Church camps. I married Kate in 1971 and we have four children. I worked in NHS management for over thirty years, taking early retirement in 1995. 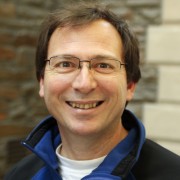 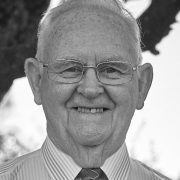 As a church elder, I assist in pastoral work but have wider involvement in Christian work nationally. Heath church is a friendly, loving group of people seeking to teach and obey the Bible. Our desire is to know the Lord better. We invite you very warmly to our meetings… Read his testimony  here. I was born in Carmarthen, was a regular church goer, but became a Christian, by God’s grace, in 1967 whilst studying at Pontypridd. Cardiff University Christian Union (with whom I had links) played a big part in my conversion. I have been a member of Heath Church since 1967 and was appointed as an elder in 1986. I was married in 1970 to Angela and have two children and 5 grandchildren. As well as church duties I am now involved, with Angela, in evangelism in West Wales where we take the Gospel to the farming community through door to door work. I worked as a Chartered Quantity Surveyor, initially in the private sector, and then for 28 years with a Local Authority in Cardiff retiring in 1996. Read his testimony here Attending chapel was a normal part of my childhood. We usefully learnt about right and wrong from Bible stories and teachings. I enjoyed mixing with some lovely people. In school I was capable enough to compete and be regarded as good. Out of school I thrived in scouting where first at Miskin then at Llantwit Fardre… Read his testimony here 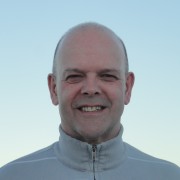 “My hope of heaven is sure”

I was fortunate enough to be born into a church-going family.  What’s more, the Gospel was preached at that church and I was taught the Bible at Sunday School and in youth meetings.  When I left school, I went to university 200 miles from home.  Life was full – study, sport and socializing.  I rarely attended a church… Read his testimony here Tony has been a believer since 1987, around the time he came to study in Cardiff – and quickly found “the Heath” to be his spiritual home. Having served as a Deacon for 16 years, Tony became Church Secretary in 2013. Please contact Tony for information about any aspect of the Church’s activities, administration or governance. Paul came to faith in 1961 as a student at Aberystwyth, and became a member of the church in 1965 during postgraduate studies in Cardiff. He was appointed an elder in 2005. He chairs the church’s missionary committee. He helps edit the church magazine. He also teaches English to local internationals in one2two. He has also been involved with workshops in Nigeria and Zambia helping people from local unwritten languages to develop an alphabet and spelling system, as basic preparation for Bible translation. He retired from the Centre for Language and Communication Research at Cardiff University in 2007. He is married to Charlotte, with three sons, one daughter and five grandchildren… Read his testimony here

The church’s practical affairs are managed by our team of Deacons: 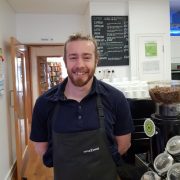