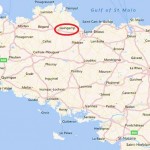 Now to Him who is able to do exceedingly abundantly above all that we ask or think, according to the power that works in us, to Him be glory (Ephesians 3.20-21a)

As a French/History undergraduate student at Cardiff University, I spent the academic year 2011-2012 in Guingamp, Brittany, as my year abroad.  From an academic point of view the aim of my time there was to improve my language skills and to immerse myself in French culture.  I was able to fulfil this criterion whilst working for a Christian mission organisation, UFM Worldwide. 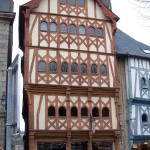 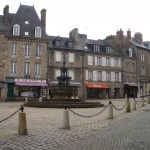 Guingamp is a small town in rural Brittany that dates back to medieval times.  It has a population of about 25,000.  Despite being a small town, it is well connected as it is on the Paris-Brest train line and it is also home to a French league 2 football club.  Religion wise, Roman Catholicism is the main religion practised among the people although I found that most people are very secular.  I soon learnt that evangelical Christianity is often viewed as a cult.  There are, however, two evangelical churches in Guingamp and I worked with one of them alongside two other UFM missionary families. 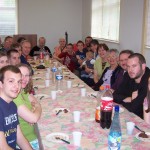 I got involved in different aspects of the church in Guingamp.  These included playing the piano during Sunday service and midweek meetings; teaching Sunday school; helping out with a children’s holiday Bible club; attending the youth group; attending women’s meeting; helping with evangelism at markets in the surrounding area.  I found it a real encouragement to attend these meetings, to have fellowship and work with Christians from the church.  It was also interesting to go out on the markets with the literature stand; on the whole, people ignored us, some stopped just to chat but others were interested and took some literature. 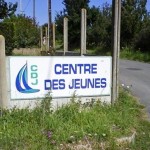 During my stay, I also had opportunities to meet other Christians from the surrounding area and further afield.  I was able to attend part of a day conference for women from evangelical churches across Brittany as well as the annual preaching rally for evangelical churches in Brittany.  In June 2012, I went on a weekend away with some of the young people from the church to the Centre des Jeunes, a Christian centre in Saint-Lunaire.  It was encouraging to meet many young Christians from all over France.
%%anc%%

I was also an English assistant at Lycée Montbareil, a vocational school for hairdressers and beauticians.  My main point of contact with this school was through one of the English teachers, who is a Christian; this was a lovely touch from the Lord.  I worked alongside the two English teachers by helping the students with their spoken English and also by explaining different aspects of British culture.  The school was very supportive as they let me use their resources and provided me with lunch.  The use of their resources was very useful for my two university assignments that I had to complete during my time abroad and lunchtime with the staff was often an opportunity to get to know people and over lunch many subjects would be discussed, including God, creation/evolution and the Bible.

During my time in Guingamp, I also did some private English teaching.  My pupil was a six year old girl and so lessons were a fun mixture of speaking English, looking through books like Little Red Riding Hood and babysitting. 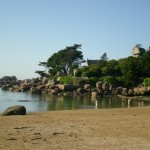 In order to get to know people and to practice my French, I joined a photo club.  The people were very friendly and it was a good opportunity to visit the local area, either as part of an outing or with a friend I made from this group.

I found that people, whether I met them as a one-off in the town or those with whom I had regular contact, were curious to know why I was in France, which led me to explain my links with the evangelical church.  This sometimes led to a deeper conversation about what the Bible teaches and the differences between Protestant, evangelical Christianity and Roman Catholicism; these conversations were a natural opening for sharing the gospel.

I am so grateful to the Lord for the time I spent in Guingamp.  It was a blessing for me to get involved with the church, to share the gospel as well as to get to know people.  I find, looking back now, that the Lord prepared this year in a way that is much better than I could ever have thought or imagined.  Even in the little details, I can see the Lord’s hand: to give one example, the perfect location of my accommodation in relation to the church, school, town centre, supermarket and public transport links.  The Lord is faithful: He has saved me from my sins, taught me through His Word, kept me, provided for me, given me good Christian friends as well as this opportunity to live in Brittany.